Composting is the oldest form of recycling organic matter. The ancient Mesopotamian Valley referred to the use of manure in agriculture on clay tablets 1,000 years before Moses was born. There is evidence that Romans, Greeks and the Tribes of Israel knew about compost. The Bible and Talmud both contain numerous references to the use of rotted manure straw, and organic matter.  References to compost are contained in tenth and twelfth century Arabia.

Composting is a natural biological process that breakdowns organic material under aerobic conditions into stable compost. During composting, the microorganisms consume oxygen while feeding on organic matter.  The microbes utilize the carbon and nitrogen as sources of food. By-products of this process are carbon dioxide, water and heat. The heat generated by the microbes kills off unwanted pathogens, weed seeds and bacteria. When the microbes have used the available carbon and nitrogen they start to decline in numbers and the heat being produced is reduced, indicating the end of the active composting process.

To produce high quality compost curing is required. Curing allows the compost to stabilize, which helps to prevent nitrate leaching and reduces the electrical conductivity, high levels of which can damage soil structure. The longer the period for curing the more soil-like the compost will become. Compost has many uses including land restoration, enhancing soils and acting as a direct growing media for plants.

The first step in the composting cycle is the collection and source separation of feedstocks. Feedstocks are the raw materials in compost production. Most municipalities have curbside collection of grass clippings, trimmings from trees and shrubs, leaves and pine straw. Commercial composters are permitted to accept other compostable feedstocks such as food waste, manures, industrial by-products and biosolids. These feedstocks are separated at their generation point and contaminates like plastic, glass, rocks, cans and other metals are not compostable and should not be mixed into these feedstocks.

Material arrives at the compost site and is sorted by feedstock type. Most yard waste and woody materials are considered high in carbon content. Often this material needs to be reduced in size to be useful in the composting process. Most composting facilities grind and screen this feedstock so material sizes are consistent. The larger bulkier material (2 inch plus in size) is used as a bulking agent to maintain the valuable airspace in a compost pile. The smaller particles are used as food for the aerobic microbes. This high carbon material is mixed with materials that are high in nitrogen content at mix ratios of 2:1 or 3:1. Composting is a lot like baking a cake you need to have the right recipe; the right mix of components and the right equipment to bake. This mix recipe is based on three components. One a Carbon to Nitrogen ration of 30:1. Two a final mix moisture of 50-60% and three enough pile porosity to maintain a minimum oxygen rating of 5% or higher.

There are many different methods used in composting. There’s the static pile, the passive aerated static pile, the positive aerated static pile, the negatively aerated static pile and the turned windrow method. The most common method used today is the turned windrow method. Mixed feedstock material is placed in long rows called windrows. It is then turned using a front-end loader or specialized turning equipment called a windrow turner. Turning both aerates and inverts the windrow to mix the microbial food source. High temperature microorganisms (thermophilic plus 113-167 degrees F) are found near the core of the windrow and medium temperature microorganisms (mesophilic 77-113 degrees F) are found just beyond this internal core. These bacterial microorganisms are the workers that break down the waste and turn it into plant available humus. Heat and water vapor are byproducts of the composting process. This is beneficial in killing weed seeds and the detrimental bacteria such as salmonella and fecal coliform. In-process monitoring is necessary during this phase of composting to ensure process performance and environmental compliance. Temperature, moisture and oxygen tests are conducted and recorded regularly. The active composting process takes between 60 to 90 days depending on pile conditions.

Pile temperatures will start to decline as the microbe’s breakdown their food sources and become less populated in the compost pile. This is the beginning of the curing stage of the composting process. Pile temperatures drop below 100 degrees F.  Windrow or pile volume has now declined by 40-50% in size. The material looks darker in color and smells more like soil. Composite samples of curing compost are taken and tested for maturity based on respiration rate. Compost that passes this test is then screened based on end market use. Oversized screened material is then recycled back as a bulking agent in the front end of the feedstock preparation phase of the process.

Final product quality tests are conducted to measure levels of macro and micro nutrients, carbon nitrogen ratio, pH, soluble salts, pathogens, man-made inerts, moisture, particle size, maturity and stability. These results determine product quality and most suitable market for end-use. Compost producers should provide a laboratory analysis of their compost product. When purchasing compost for your garden, ask for compost produced under the US Composting Council’s Seal of Testing Assurance Program (USCC-STA). To be sure look for the USCC-STA compost logo and ask for a copy of the “Compost Technical Data Sheet”.

All compost producers in this program are required to make test results available to any person, upon request, using the STA Program’s “Compost Technical Data Sheet.”  The Compost Technical Data Sheet includes directions for product use, a list of product ingredients and analytical test results. The participant’s composting facility must certify that it is in compliance with all applicable local, state, and federal regulations with respect to the certified compost product and it must remain compliant to remain in the USCC- STA Program.

Compost has high organic matter content (50-75%) relative to most fertile soils. By incorporating compost into soil, Soil Organic Matter (SOM) is increased, thus making the soil healthier. The benefits of increasing SOM by adding compost are many and fall under four categories: biological, physical, chemical, and environmental.

You’ll get biological benefits because compost promotes the growth of beneficial micro-organisms. A teaspoon of healthy soil or compost can have millions of bacteria, miles of fungi, hundreds of thousands of protozoa, and hundreds of beneficial nematodes. These groups of living organisms create a diversity of life in a healthy soil and serve a critical function of not only metabolizing nutrients but also suppressing soil-borne pathogens.

The chemical benefits are enhanced cation exchange capacity (CEC), which helps make nutrients more available to plants, and chelation of metallic micronutrients, which binds trace elements so that they can be released slowly and made available as needed for plant uptake. Compost provides a balanced source of slow release nutrients necessary for healthy plants. 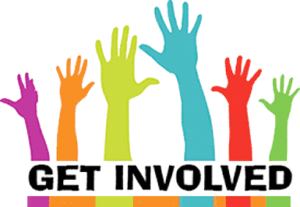 Click the Get Involved image to learn more about how to get involved with the NC Composting Council!